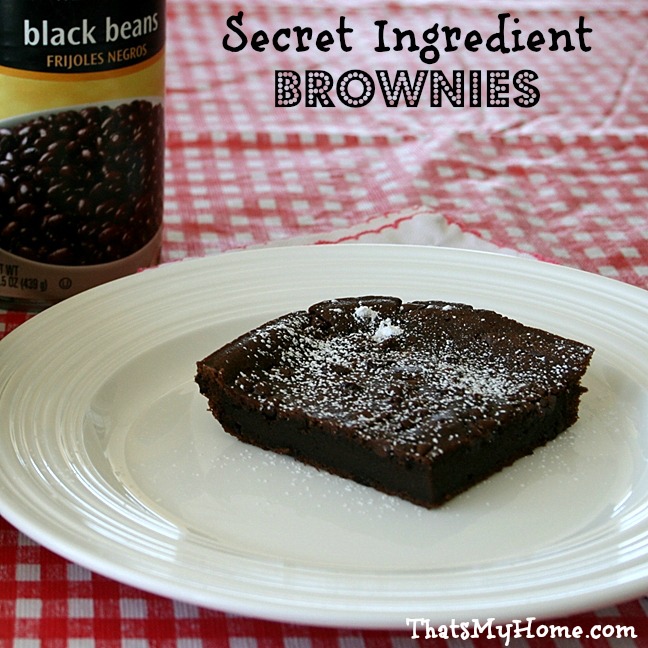 A couple of weeks ago I needed to make a dessert to take to a friend at work. Her friends at work were on a protein diet and I needed to come up with a protein dessert. This recipe for black bean brownies has been around for forever it seems so I decided it would have to do. I had my reservations, I mean really black beans in brownies? I proceeded as the recipe said and pureed the black beans in the blender and then mixed all the rest in it also. I used a really good cocoa from Penzey’s that I love. I almost used splenda in this recipe but just wasn’t sure if it would mess the brownies up or not so went with real sugar. Next time I will use splenda. These brownies rose up in the oven and then upon removing them from the oven they abruptly fell so sugar won’t be missed was my conclusion and one more step toward making these a little healthier. I even toyed with the idea of applesauce for part of the oil and I will be trying that also next time so a revised recipe will be coming soon. 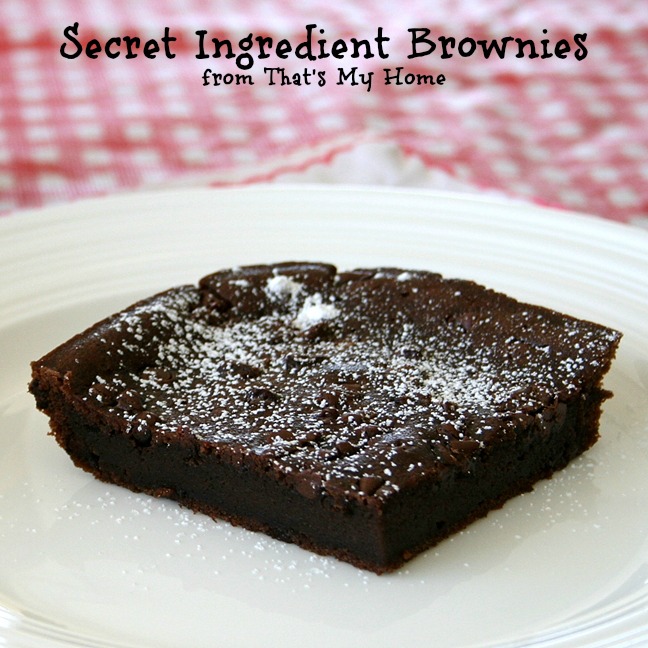 This just might be the moistest brownie you will ever eat. Is it a real brownie? Not really, but it is tasty and has a brownie texture. The girls I took them too loved them!

Secret Ingredient Brownies are made with a special ingredient that no one will ever guess. Try our black bean brownie recipe. 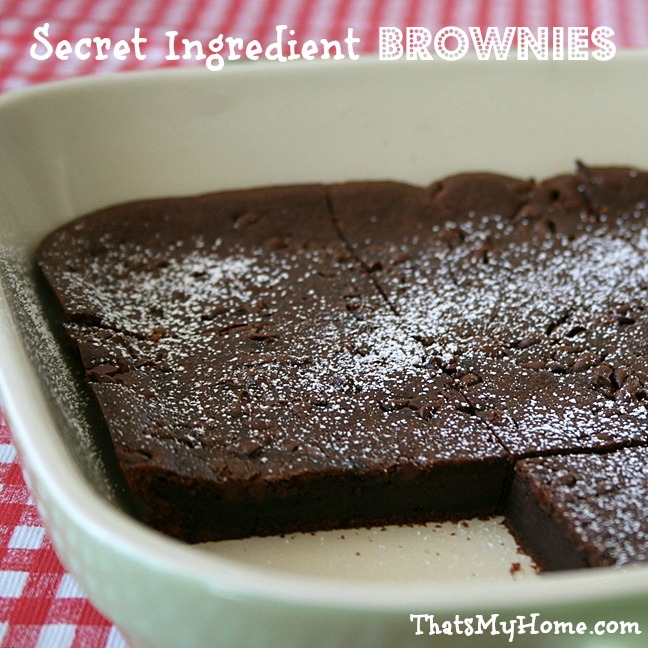